To talk Cortez is to talk the entirety of Nike’s legacy, and its deep roots in running. We’re talking pre-dating way back before Air technology even existed. The Cortez, or more aptly known as the world’s first modern running shoe, defined what it took back then to deliver maximum performance and comfort for marathon runners to run without feeling the strain and reduction in injuries. Since then, it has gone on to represent itself in numerous subcultures, from Los Angeles gangsters, sports, even rappers, who only serve to advance the proverbial narrative of the silhouette. 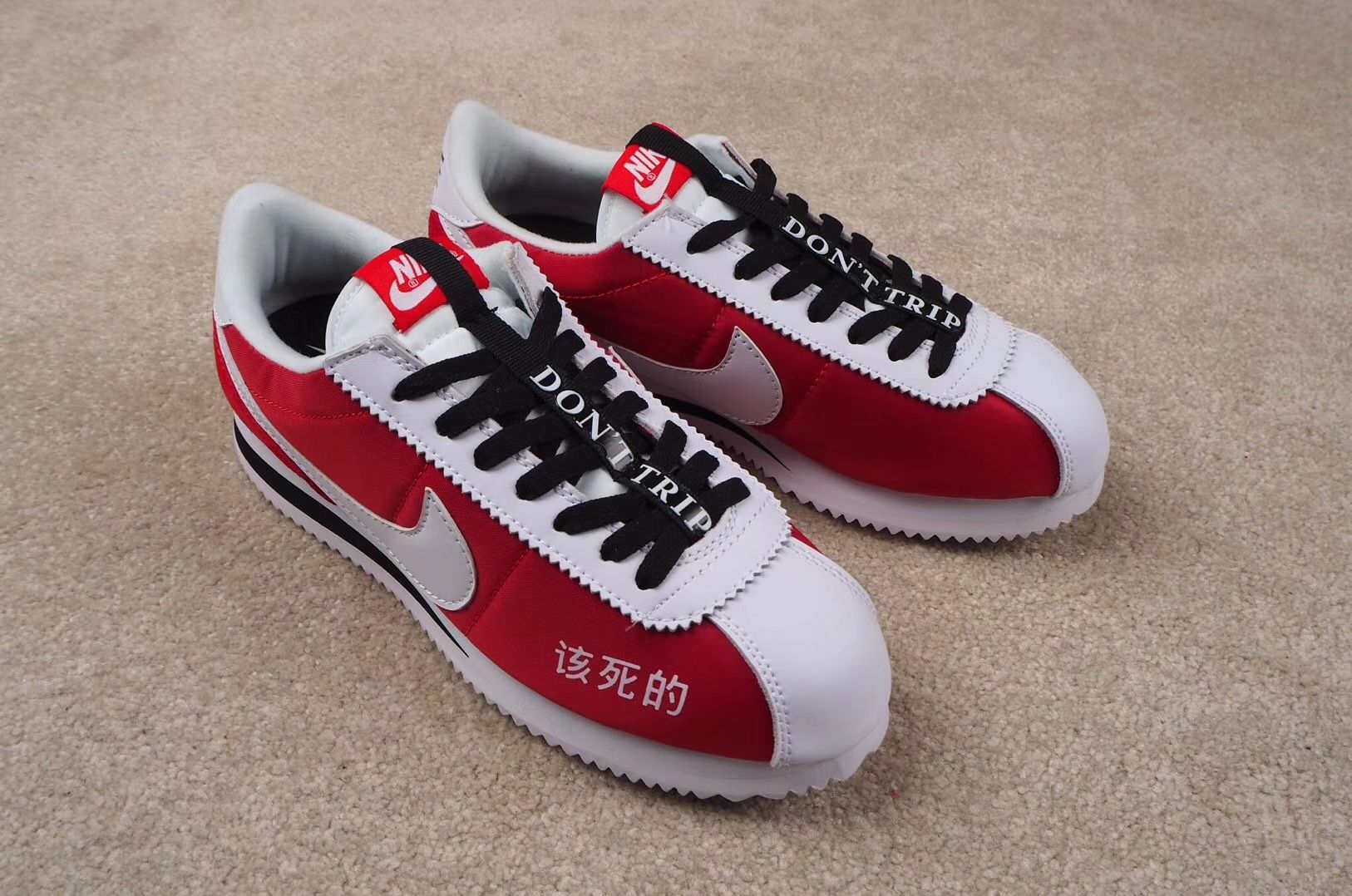 The shoe has had a relatively quiet comeback, and despite major endorsements from the likes of Serena Williams and Kendrick Lamar (who released 2 versions of the shoe), the reception was relatively tepid, mostly because it was overshadowed by the Air Max 98 and Air Max 270. Regardless, it’s interesting to look back at a model that turns 46 years old in 2018. Born from a problem faced by long distance runners, a solution was created in the form of the Cortez, but the silhouette’s inception was a unique one, and despite its Mexican derived name, actually had its roots embedded in another brand: Onitsuka Tiger. 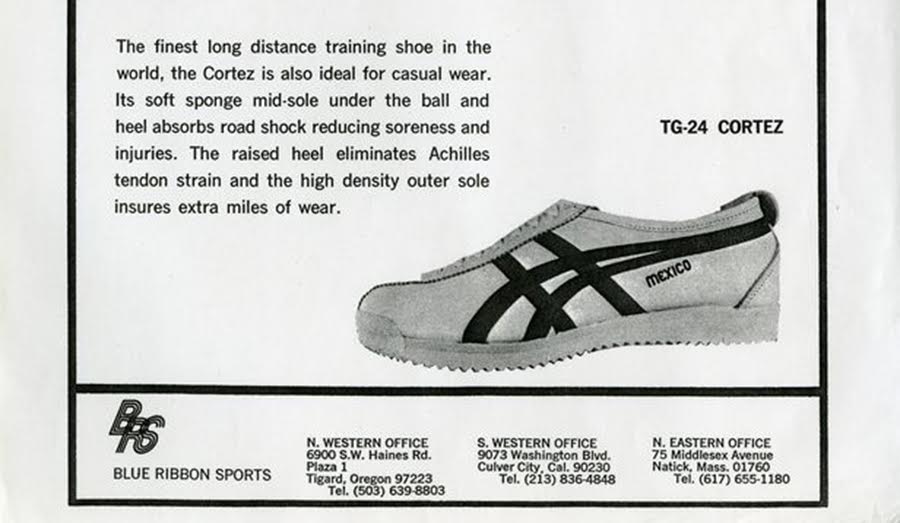 “A tiger hunts best when he’s hungry.” Bill Bowerman, co-founder of Nike carried this philosophy when he designed the Onitsuka TG-24 for marathon running, featuring an aerodynamic upper, thick foam midsole and herringbone pattern for additional grip on rough surfaces. The shoe was in tune with what runners wanted at the time and quickly became an instant hit. The silhouette then further evolved under the operation of Blue Ribbon Sports, headed by Bowerman and his business partner, Phil Knight, having added an additional name, “Mexico” in part to the upcoming Summer Olympic Games held in Mexico, 1968. However, the team wanted a much more striking name, so they went with Aztec, only to be met with a potential lawsuit from Adidas for fringing a little bit to close to their track shoe, the “Azteca Gold.” Not wanting to go down in the courtroom, Bowerman looked up more Latin American inspirations, and settled on the Cortez, aptly named from the conquistador, Hernan Cortes, who basically colonised the Aztecs – also sending a metaphor along the way. The shoe gained immense popularity, so much that regular consumers started using them to jog in as well as gasp* wear them casually on the street.

Shortly after that, Bowerman and Knight decided to rename Blue Ribbon Sports into Nike Inc., and took the Cortez along to kickstart their own line of shoes, but Onitsuka Tiger wasn’t really having it, and thus both brands went to a legal battle over who would own the Cortez name. Despite the ongoing procession, both Onitsuka and Nike continued to sell the Cortez, until the court ruled in favour of Nike in 1974. Onitsuka yielded and changed the name to the “Tiger Corsair,” and Nike tinkered with the shoe to make it more lightweight, substituting leather for nylon, introduced the Cortez into the world of pop culture, with a little help from Forrest Gump. 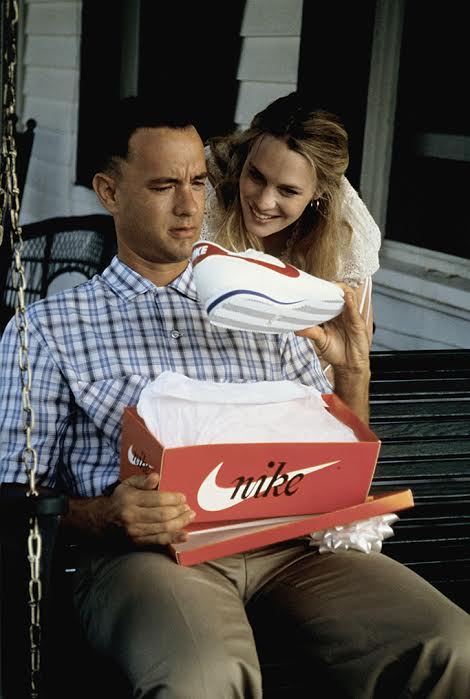 The Cortez got its first big break into the mainstream market, when Jenny gifted Forrest a pair, which proceeded to unlock Forrest’s ultimate leg power that pushed him through to run across the breadth of the US for the next three years. Needless to say, it was a massive marketing success, and the Cortez’s popularity shot through the roof as a result. Prior to that, L.A street gangs have been repping the shoe since the late 80s, with the hype accredited to a song by N.W.A called Dopeman’s Nike. The importance of the Cortez within the streets was no understatement; wearing a wrong colour pair could get yourself killed if you walked up the wrong neighbourhood. Even till now, L.A culture and the Cortez has a deep and special cultural connection, with many releases attributing back to the city from the likes of Undefeated’s collaboration with NikeLab to produce the Nike Cortez SP “LA,” Cortez “Compton” and “Long Beach” pack and in more recent times, Kendrick Lamar’s homage to his album, in the form of the “DAMN.” Cortez and “Kung-Fu Kenny” Cortez. While no longer holding the title for the world’s most advanced running shoe, overtaken from the likes of the Adidas Ultraboost, Nike Flyknit Racer, Nike Air Vapormax, even the ASICS Gel-Lyte Kayano Trainer, the Cortez remains a symbol of how far technology has come in the last few decades since its introduction, paving the way for more modern, more efficient runners and has now subsequently turned itself into an icon of it’s own, both on the track, and on the street. Whether for intensive use or just going for a casual walk, the Cortez can do it all, no sweat.

Looking to cop a piece of history? Hundred% might just have your fancy.