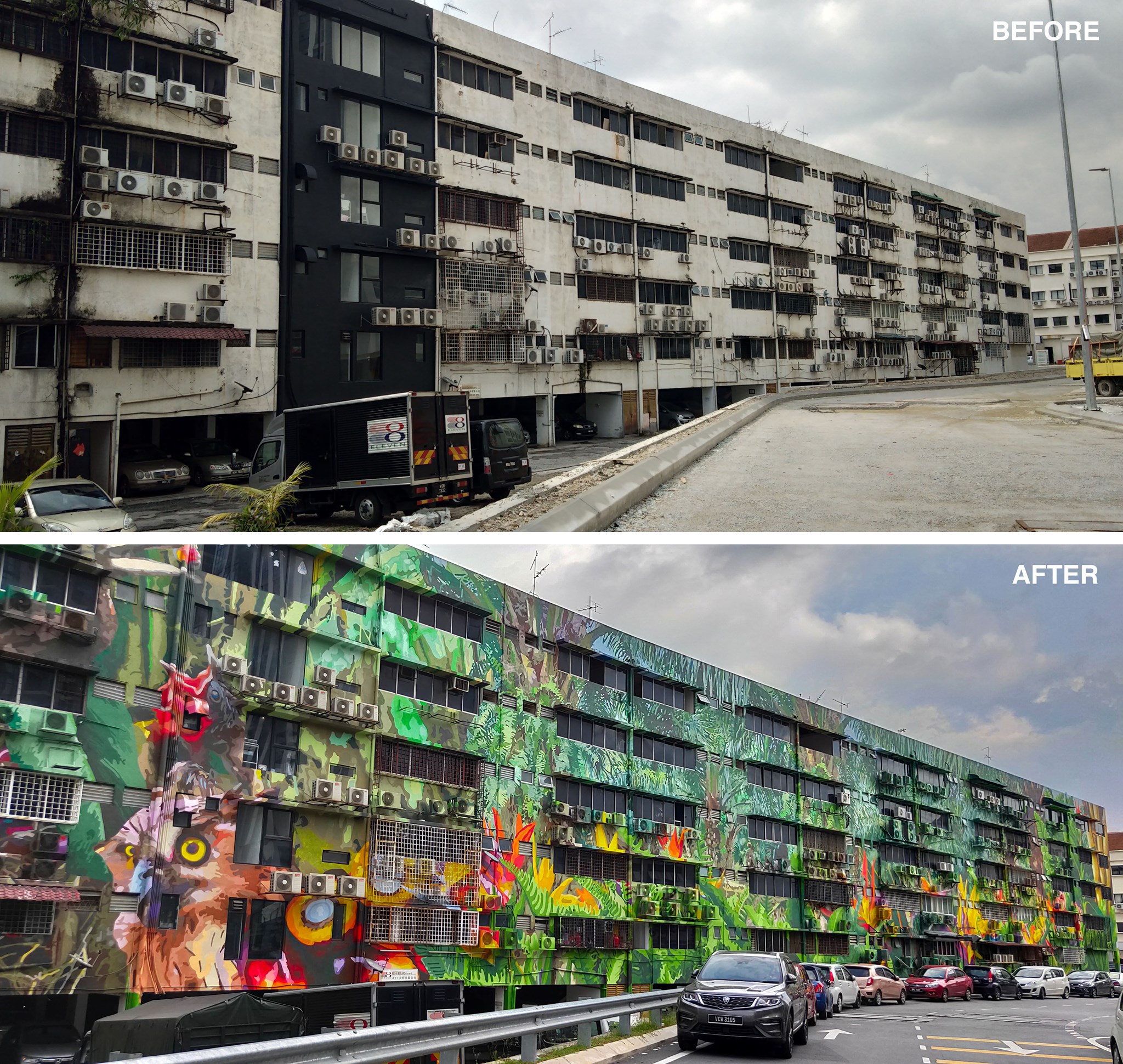 Malaysians are known to be capable of such incredible feats and achievements, and this adds another one into the long list. Covering a whopping 1950 square metres of a Vivo Residential Suites in Jalan Klang Lama, the ‘Tree Of Hope’ adorns the facade of the building. But what’s more impressive than that, as well as a claimed usage of 250 litres of paint, is that this entire mural was done with the two hands of one individual by the name of Fadzlan Rizan Johari.

Speaking to the developer MRCB, the mural comprises of plenty of palm oil trees filled with a myriad of flora and fauna. The project took a total of 10 months to complete, having begun painting in April 2019, whereby Fadzlan would start at the break of dawn (Subuh), break around the afternoon, and soldier on till the late night at 3 in the morning.