Whenever I think of Yuna, I would recall a conversation I had with an acquaintance. You see, most Malaysians, if not all, would show some indication of familiarity at the mention of her name.

As a musician, Yuna has soared heights greater than what people have expected, and perhaps even surpassed her own expectations. This Malaysian artist has made her music spread worldwide and presence known by performing at some of the largest music festivals in the world, namely Bonaroo, Lollapalooza, and will be playing the upcoming Adelaide Festival in September this year.
“Sometimes I think about it, and I’m like, ‘how did I get here?’, said Yuna with a smile, referring to her stay in New York, US when she worked with Pharell Williams to produce her first single Live Your Life off her self-titled full length album.
Speaking of Pharell, her other collaborations, including Incubus’ Mike Einziger and Owl City, will probably make her portfolio killer enough to have her be on the top 5 most successful Malaysian artists list, if there was ever such a list.
So, back to the conversation I was having with my friend.

I thought, everyone knows Yuna, right? At least most Malaysians would. And obviously, this female Malaysian friend of mine did too.

Wait, I mean I was right. She definitely knew Yuna because she did express her love for Yuna and her music, but I was completely caught off guard when these words came out of her mouth – “You mean Yuna is from Malaysia?”. Yeah, I was lost for words.

Now, enough in dwelling in conversations that make you wanna smack your head; over and over again.

On the brighter side of things, we got to hang out with Yuna herself and have a chat with her. 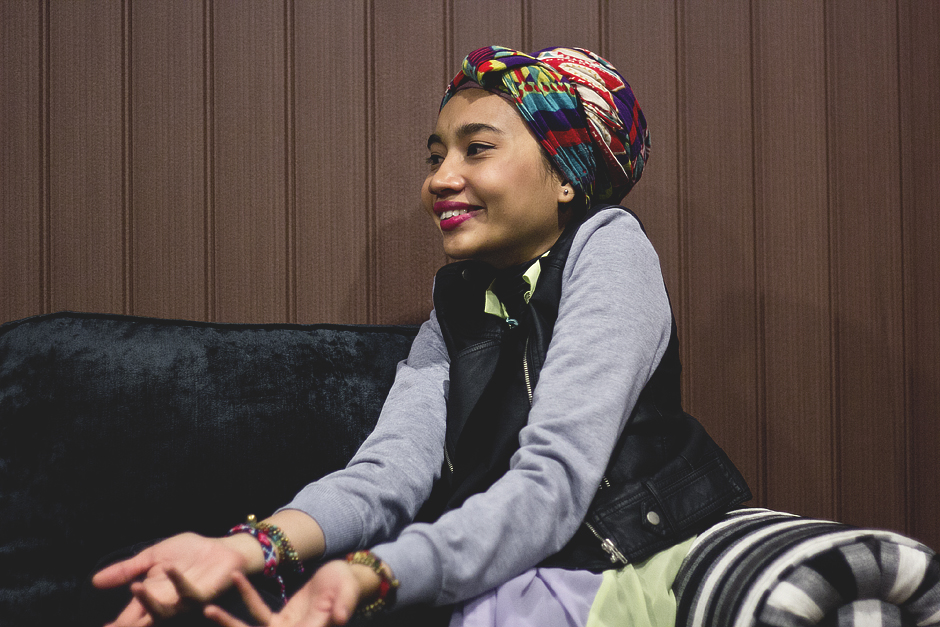 What is the interview question you’re most sick of hearing?

To be honest with you, because it may be a really cool thing, people always ask me what is it like working with Pharell (Williams), you know? I probably answered that like a thousand times.
It’s not that I’m really sick of it. I just feel that there can be other ways of asking that question.
I wish I had worked with him longer, like for a month or a year for me to be able to answer that question. I only had about like five days with him. But it was cool.

How is the music scene here and in America different?

Well, out here (in Malaysia), it’s obviously really small scale, and it’s easier to get away with things, which can be a good or bad thing.

The good thing is that you can start your (music) career entirely on your own. You don’t need a recording label. You can do everything on your own, find some friends and cincai-cincai (meaning simply and casually) do it. We can get away with things like that.

In America, everything is bigger scale, and everything is down to the cent. For example, if I’m a new artist performing, like I was at the Conan O’Brien show; and nobody knew who I was; normally over here, you don’t get payment for that. But you’re an artist and you perform, that is how you find money, and you don’t paid to get on television?
Over there, you sign an agreement or contract to be on a show, and in return they’ll give you a token, and even that it’s like 800 bucks (USD). I mean, that’s a really good pay for one song.They really take care of their acts. The discipline over there is on a whole different level. Now, thanks to that, I’m like a perfectionist.
Did Mike Einziger (guitarist of Incubus) have anything to do with that?
Oh … Mike is like the most meticulous guy I have ever met! He does everything! He produces, he plays the instruments, he mixes. And he makes sure he sends his stuff to someone he really trusts. He’s just super proper. I’ve never seen anyone work like that.

Do you think people are going through a different phase in the music scene now?

The support for music is lacking. Back when I started performing, I remember bands like Hujan rising, and the indie music scene was crazy; everyone just wanted to listen to new music and go to gigs and stuff. Now, it’s just … dead. I wonder what happened. Maybe what happened was us, and now as we get a lil older, we don’t do that anymore. But I hope to see it happening again. Now it’s probably like the hijabista-thing that’s in, you know?

In that sense, you’re sorta a role model in that scene, no?

I don’t know, I wouldn’t want to be responsible for that. I’d say that I like fashion and have my own style, but I don’t really spend 110% of my effort into it. So when I see people going all out doing it, it’s good, but at the same time, you gotta be honest with why you’re doing it; not so much of wanting fame or anything like that. It has to be because you like fashion, you know? It’s just the same with music.

What’s the best advice someone has ever given you?

It was from Pharell. When I first worked with him, I was so scared. I’m like, “I don’t know how to do hip hop”.  I don’t know how to fuse that in my music, I don’t wanna sound stupid, you know? I wasn’t sure what I was doing, and I’m working with PHARELL, while I come from a very jazzy background.
When he first showed me Live Your Life, I was told him “No, Pharell, I’m not used to doing these kinda stuff,” and he’s like “you just gotta let loose, you gotta have fun and you can’t be scared. You gotta be brave and do whatever you want when it comes to music.”
I tried because I didn’t wanna let Pharell down, and the song turned out to be beautiful. 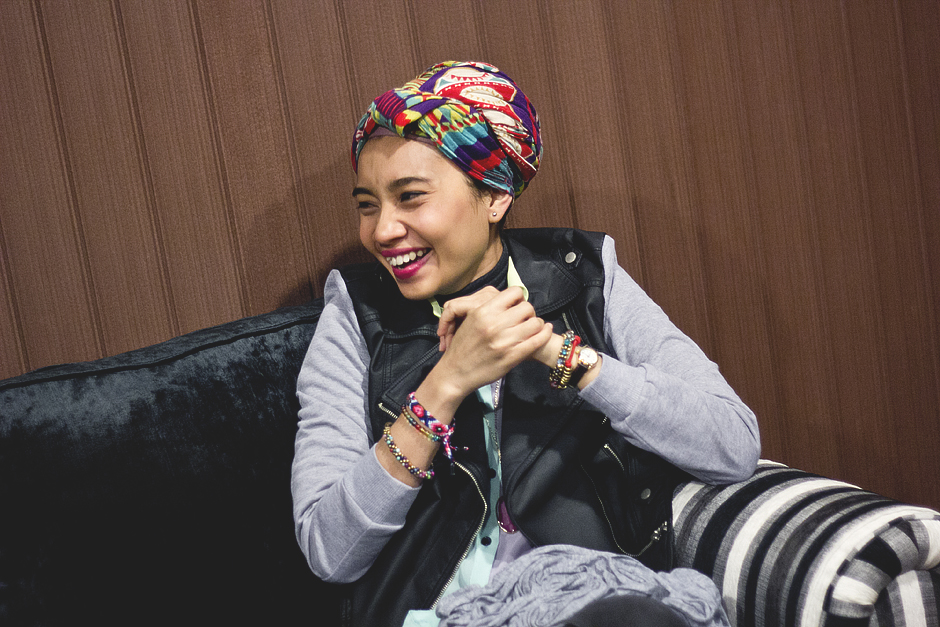 If a police stops your car and asks you “tolong or saman?”, what would be your answer?

Saman la. I’m a saman kinda girl. I probably did something wrong, so just gimme the ticket. I deserve it.

If a close friend who wants to enter the music industry comes over to you and asks you for advice, what would you tell that person?

I would tell him or her to not be syiok sendiri – to not make music that only you understand.

I’m saying this because in Malaysia we have many talented musicians and bands, but they’re so stuck in their own bubble, and they don’t wanna break out because they say they don’t wanna “sell out”.
And I’ve been called a sell out. A lot of people who followed me since I started, starting going “I’m not a fan of Yuna anymore,” and things like that.
When I first came up with my first album in the States, my sound was a lil’ bit different, like maybe radio-friendly. But my goal was to reach out to more people. Of course you’d wanna produce a good album but also songs that radio can play, right?
There are lot of artists who do experimental stuff, and they’re cool. But I decided to be a pop artist. And that’s my personal choice, I want my music to be out there and yet, to be different. And I see that as a challenge.
I would tell my friend to take up that challenge. If you wanna do your “cool” hipster music, try to make your cool hipster music acceptable by a lot of people, because you are creative. If you can make music then you should be able to figure that out so that many people can enjoy it too. That’s the point of making music. It’s not just for you and your other five friends to enjoy.
My last advice is  to work really hard, be really nice to people. The world is a small town, so be nice. I’ve seen a lot of people who are not nice, and they just stay in one place. And nobody would wanna work with you if you’re not nice.