C2V is no ordinary player in the scene. The famed comic artist, otherwise known as Michael Chuah, has built an extensive resume, with Gengkey, an original creation featuring delinquent kids who are often up to no good in their daily lives. Of course, this was then a long time ago, and since then, Michael has delved into other forms of creative work, of which one was to honour our current Prime Minister Tun M, but in toy form.

This then resulted in Hebatoys, a company which allows him to make figurines, and for his latest project, Michael has decided to pay homage to Tun M, in a way that he knows best. We caught up with the famed artist to talk about the project. 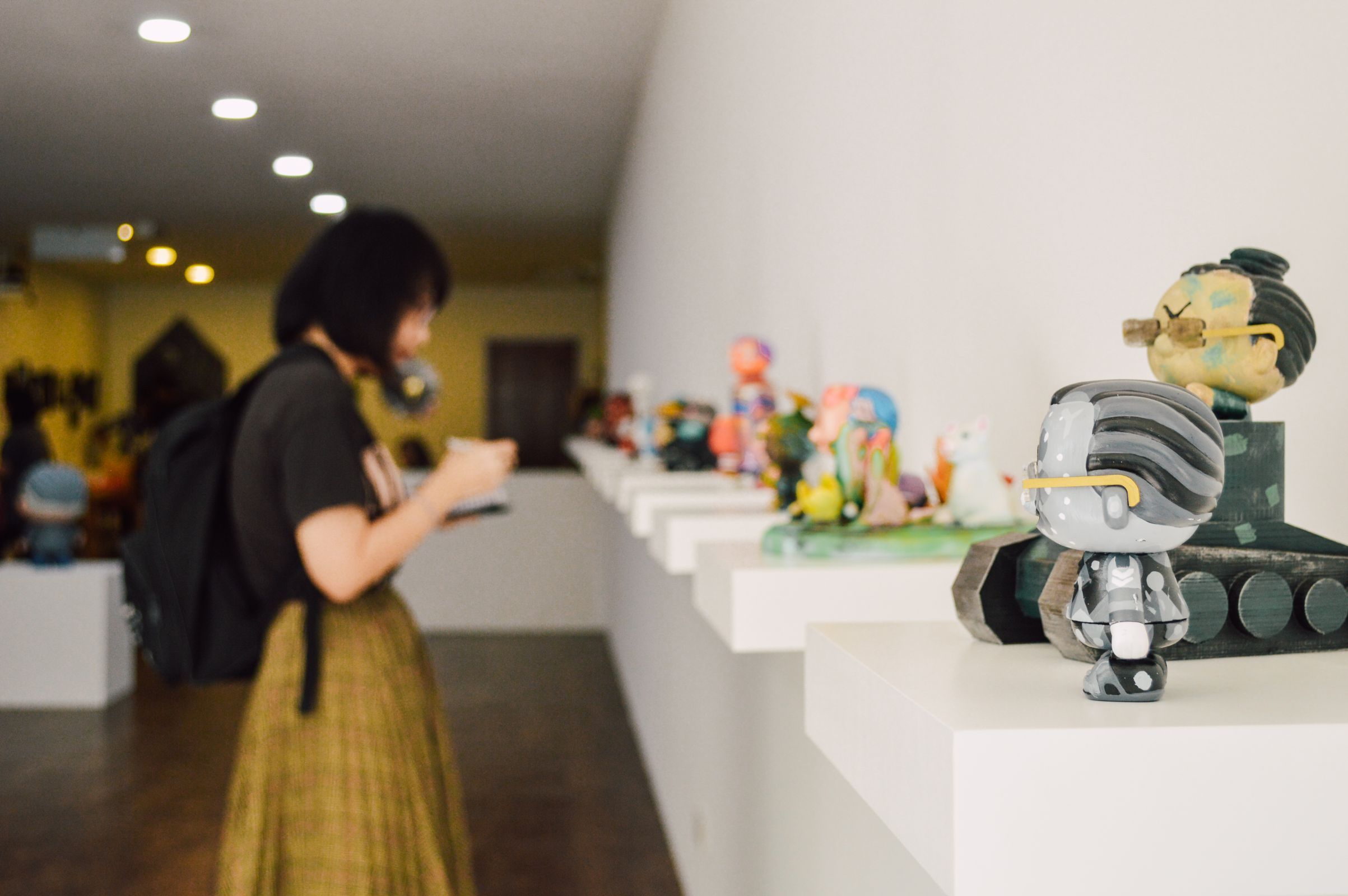 So how did this project started out? Was it in response to the political landscape now or because Tun M is such a prominent figure that you just had to feature him?

So the project kickstarted when Tun M actually came back as the 7th Prime Minister, and we thought it is also very rare to see a Prime Minister come back for a second time and he’s also quite old, this year he’s 94. So we wanted to do it right now before any changes.

So what was your aim of this toy? Was it a symbolic movement of some sort or just a tribute?

It’s more like a tribute, because since I was a kid, Tun M’s name has been heard for many years even until right now. Even until he’s retired, we still know that he’s quite influential in the community so that’s why we wanted to pick Tun M as one of our very first project.

So was Tun M your only choice or had you considered any other political figures before deciding on him?

So far, he’s the only choice. I can’t think of other political figures that can compete with him. But the other thing we wanted to do is hopefully in the future we can come up with Tun Siti Hasmah to pair with him because my toy designs usually come in a pair so I wanted to keep this going on if possible. 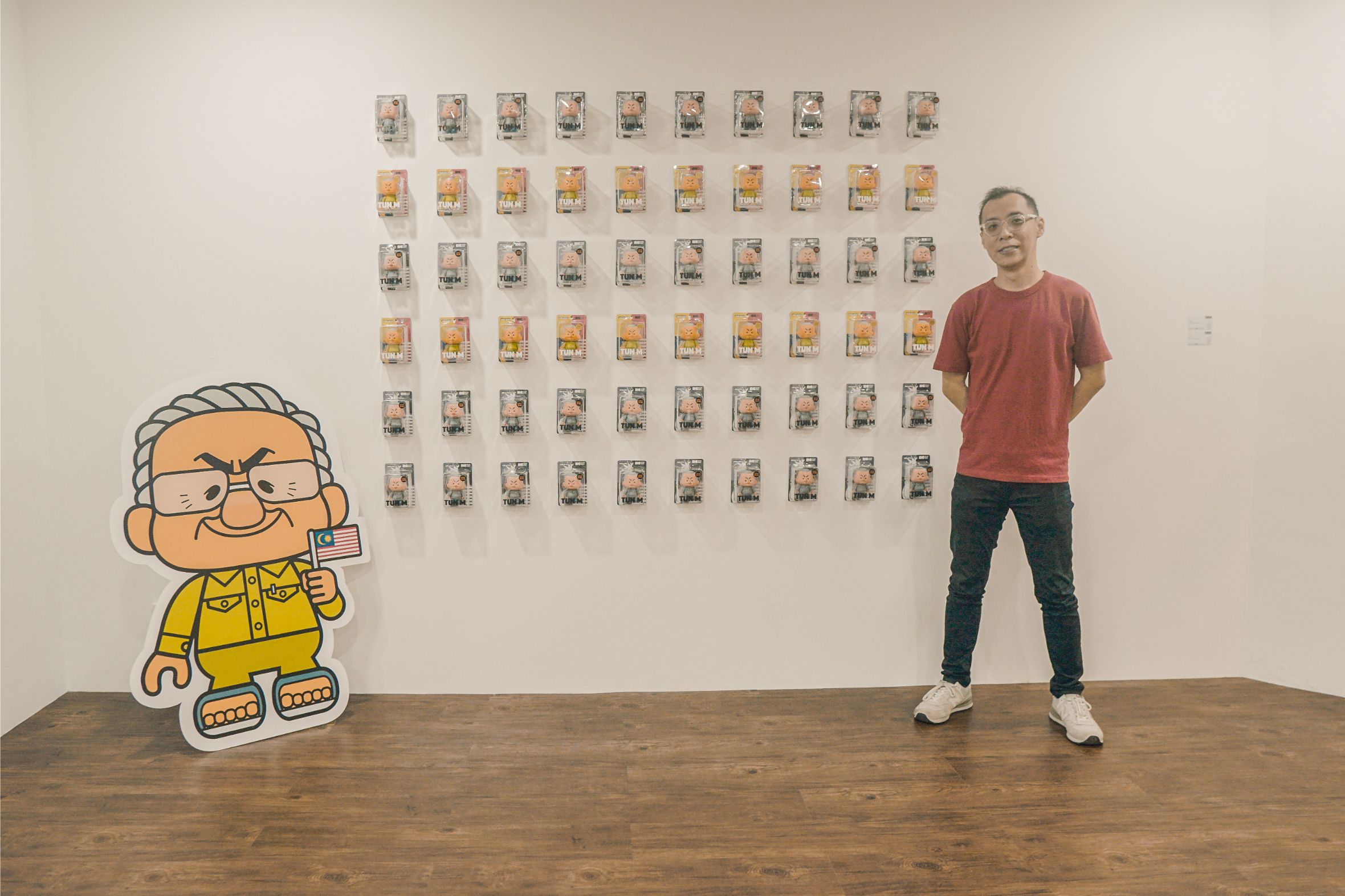 Will there be any other variations of not just Tun M but maybe other characters in the same action figurine that you have now?

Most probably, it will not be a political character. Maybe we can think of others like P.Ramlee, someone that truly represents a Malaysian icon. 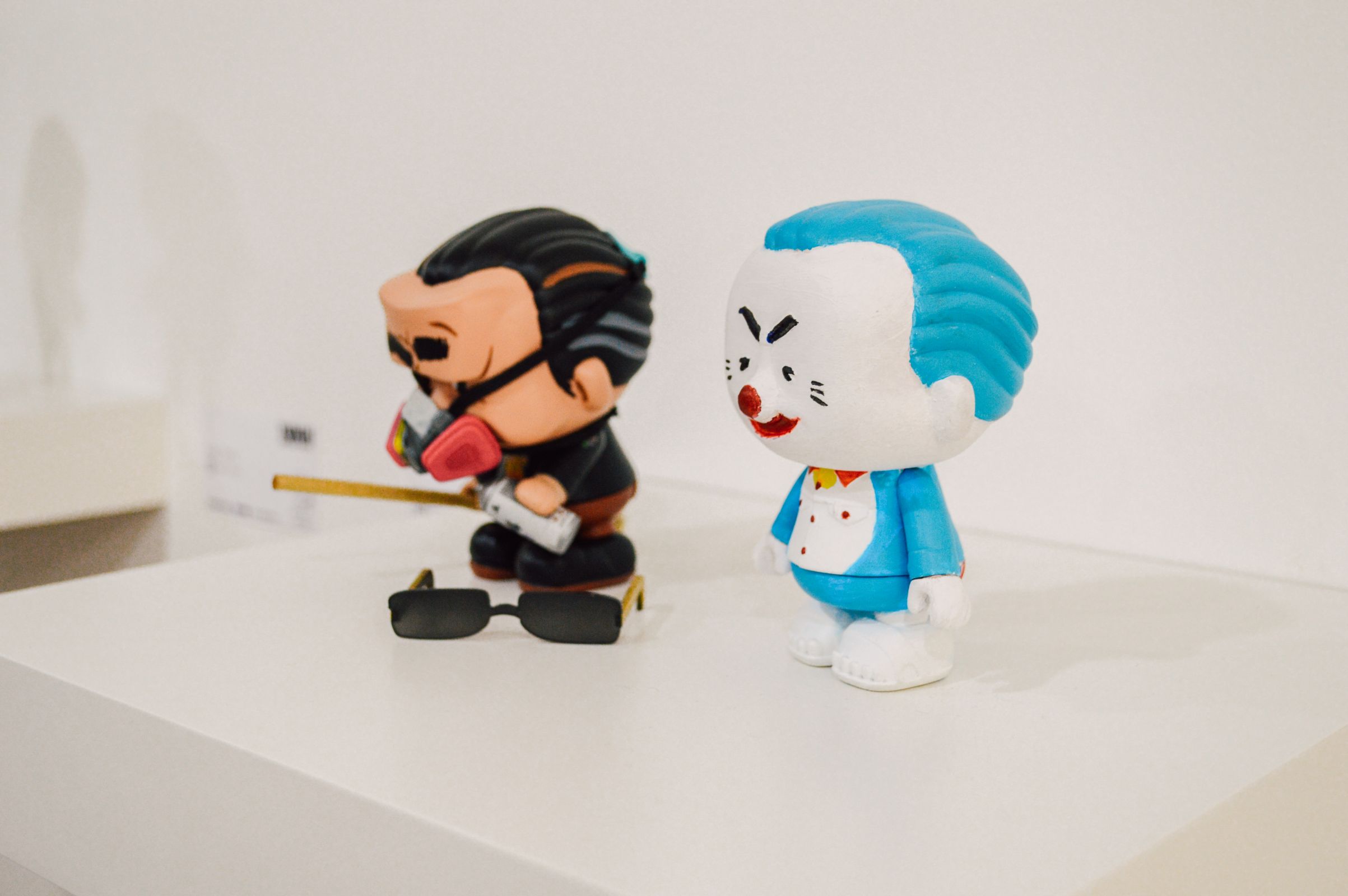 Through the artists’ representation of Tun M, what can you gather when it comes to the Tun’s public image?

I think most of the artist, they don’t really treat it as a Tun M figure. They just treat it as a platform, as a toy or as a canvas. So when they do, they really explore it. It’s not to say that they’re making fun of it but they just wanted to put what they like into the figure. So you’ll see some Tun M figures with monster looks or maybe something totally weird.  But to me, when I pass it to them, I never set the rules for them. I want them to explore it as it is, a canvas. So of course, I did invite some artist and some of them they actually worry about painting over the Tun M figure and some doesn’t like Tun M but I think it’s okay lah. It’s up to the artist also. All I’m providing is a canvas of interpretation and it’s up to the artist to interpret it however he/she sees fit.

3 iterations of the toy are available to purchase, a plain white one for anyone to customise as they see fit, one with Tun M’s iconic grey suit with shoes, and a more humorous green one clad in Bata slippers. All three models including the customised versions are available for sale on Hebatoys’ Instagram, ranging from RM 250 – RM 800.