Fusing metal and kawaiiness into one genre that is relatively undescribable other than to call it Kawaii Metal, BABYMETAL is set to bring their unique, high energy rocking performance here to Malaysia as part of their Asia tour.

Speaking to a Beat Live Asia spokesperson, he says “BABYMETAL has been taking the world by storm since their inception with sold out shows across the globe. So when we heard they were going to be in the vicinity, we just had to have them as the act for our first show ever. On top of that, it brings us great joy to give the loyal and ardent BABYMETAL fans the opportunity to catch their favourite act live.” He added, “Beat Live Asia is working hard and we promise to continue delivering great shows for the Malaysian people in the future.”

tickets are now on sale here with Early Bird tickets going for around RM 158, followed by Phase 1 and 2 tickets priced at RM 178 and RM 208 respectively.

We also have two pairs of tickets to giveaway to 2 lucky fans! Simply follow the steps below:

Winners will be announced on Masses’ Instagram on Monday, 20th January, 2020. 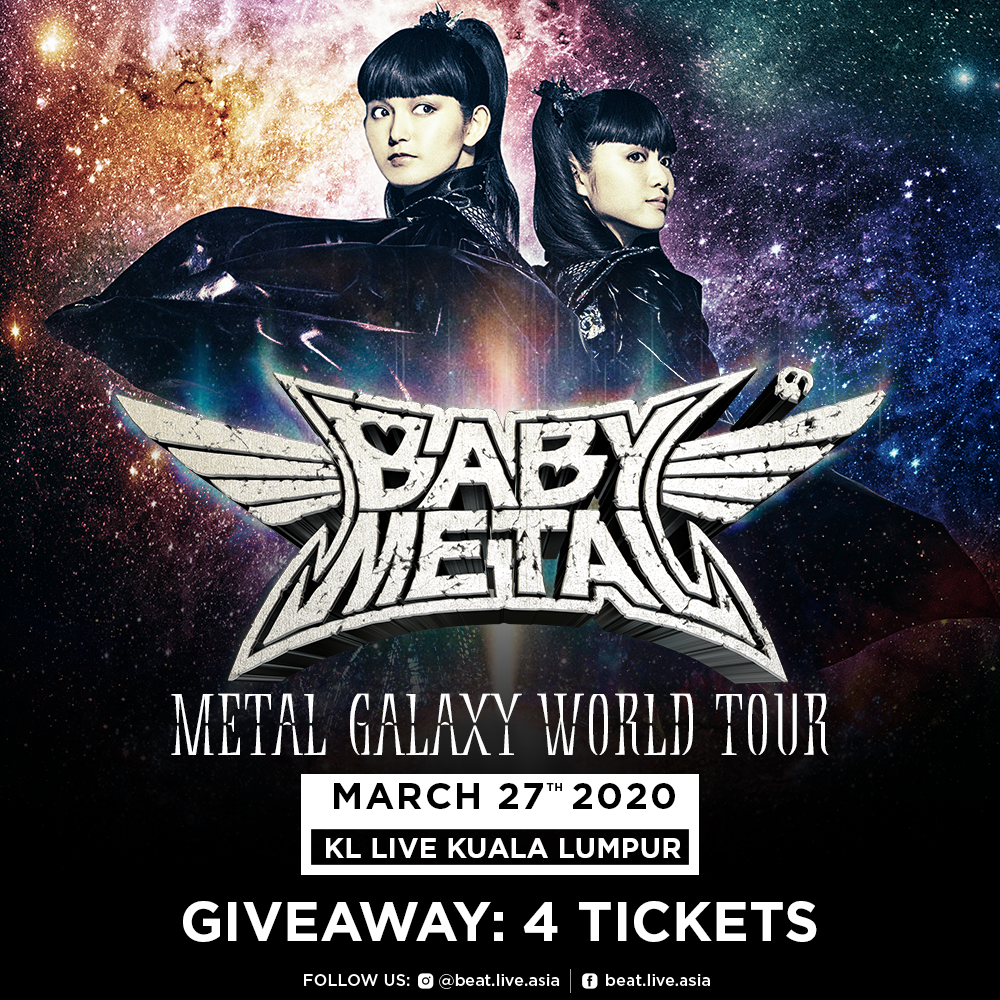