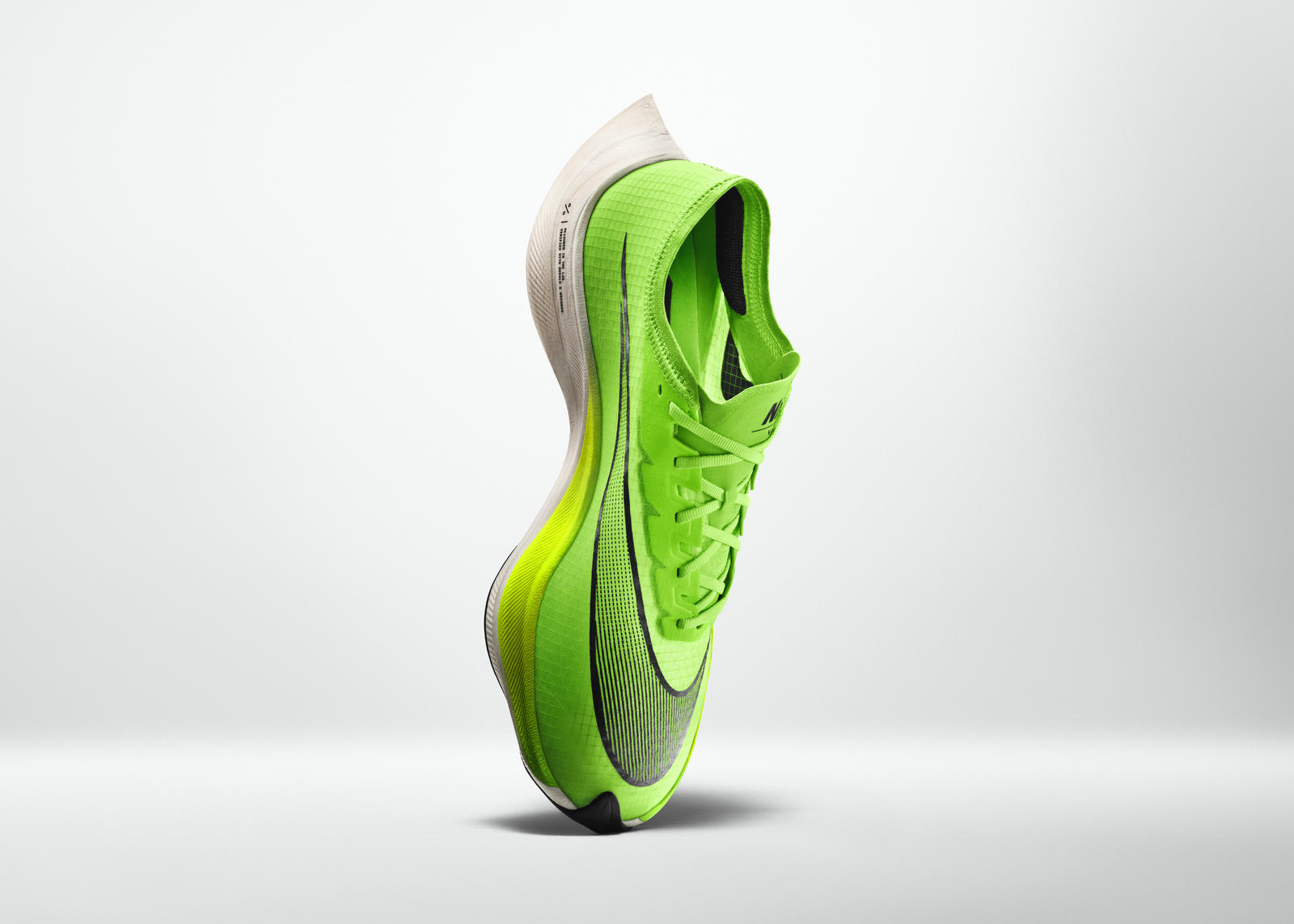 A shoe that breaks records. A bold marketing campaign by the Swoosh, and one claim many thought couldn’t be substantiated, or simply didn’t believe in its ability to deliver what it said.

So much records were broken in fact. Dennis Kimetto, a previous marathon record holder of 2:2:57 has had his time shattered by 5 other athletes wearing the same shoe. Brigid Kosgei broke the women’s marathon world record the following day after Eliud Kipchoge set the unofficial best time of 1:59:40, and Kipchoge himself wore a prototype Alpha Fly during his running efforts. It’s apparent then, that the Vaporfly Next% has helped numerous athletes become the human interpretation of a hypercar. 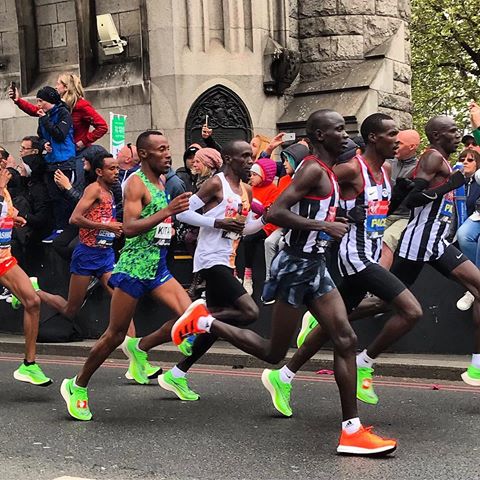 Much like over in the realm of internet gaming where the developer cracks down on players who suddenly become too good, the International Association of Athletics Federation has launched their own probe after a series of complaints by other runners that the shoe gave its user an unfair competitive advantage. It’s not just a baseless complaint either, as when the New York Times logged almost half a million marathoners’ times, they found out that runners wearing Vaporflys were indeed 3% – 4% faster on average compared to the normal time. Some even went as far as to say that the shoes had built-in mini springs that helped runners propel forward even farther, which is actually a valid concern, as Athletic Propulsion Labs actually developed a basketball shoe with embedded springs that actually gave wearers 10% – 15% more air time than a standard shoe, but I digress. 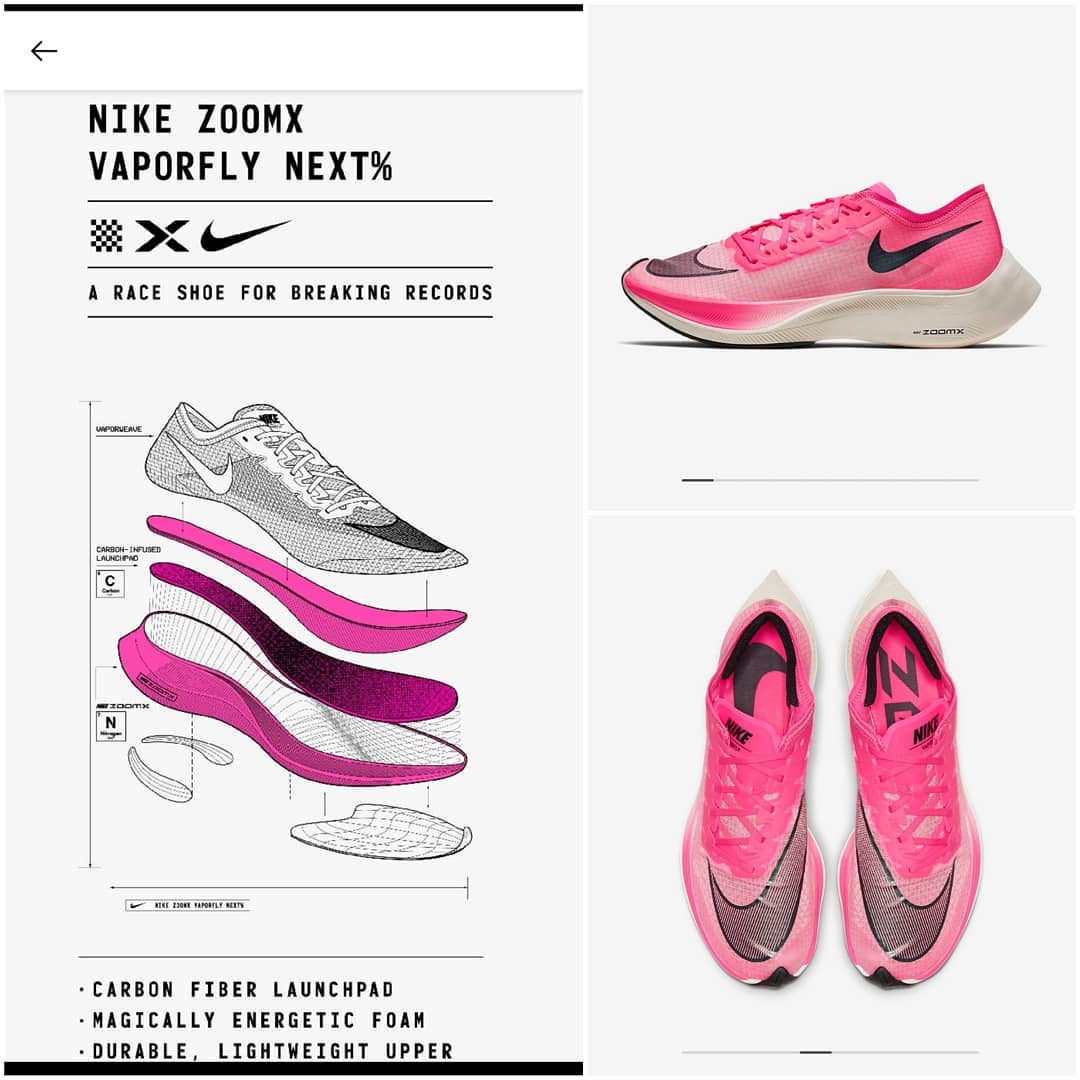 All in all, it boils down to clever engineering on Nike’s part as well as teetering between what’s legal or not in the IAAF rulebook. Of course, Nike heralds its Zoom X technology to be the best foam in the world, stretching the viability of the material to the absolute limit without it decompressing or denaturing to give maximum comfort and bounce, but apart from that, was also the Swoosh’s decision to add a carbon fibre plate to boost said propulsion. It’s no spring, but compare it to a diving board, and you have a rough idea of how the plate works. A subtler and arguably more elegant solution, without it defiling anything under the IAAF’s nose.

It begets the question then, should innovation be stifled so that it needs to match with what the other brands are putting out?

From here on out, marathon’s are only going to get faster as technology progresses across the board. It’s not just the shoes, it’s also the type of training they go under, the type of food they eat, and the type of conditions that they run in. And once in a while, a generational prodigy with Herculean legs will come around and forces us to rethink what’s possible when it comes to running.

Maybe it’s a good thing that the delta has been shifted. It means that other brands will have to catch up if they want to be competitive, and then by the ways of a cyclic movement, the curve will center out again, and the playing field will be level once more.