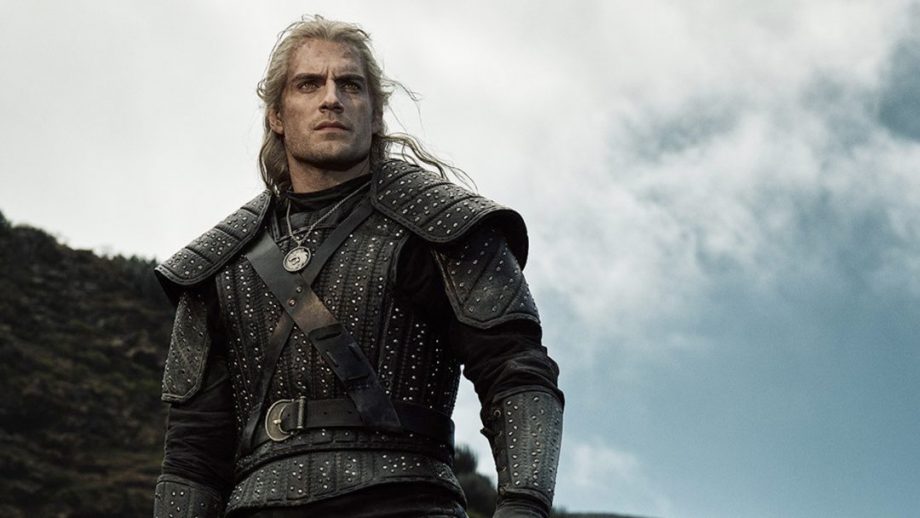 Netflix Has A New Golden Goose In Their Hands

I’ll be frank. When Netflix announced that they’re going to do a TV series adaptation of ‘The Witcher’ franchise, I was more worried than glad. Having played the games (Witcher 2 and Witcher 3) and having read some of the books (The Last Wish and Sword of Destiny), I was worried that they might butcher the first introduction of ‘The Witcher’ for casual TV fans. I’d call the first season of the series as a make it or break it season for the show, as general audiences don’t really have the patience to wait on the next few seasons if the first one tanked.

Andrzej Sapkowski has built an incredible fantasy universe that’s filled to the brim with characters, politics, sex, and monsters. The original novels follow Geralt of Rivia as he takes on many monster hunting quests and his tie-in with some of the politics of the world. It’s almost an anthology of sorts, as the books tend to skip and show the many small-time jobs that Geralt takes on as a Witcher. So, if the show toned down on a lot of this stuff, then it’s just not going to be Witcher-material enough.

Boy, I couldn’t be more wrong.

Netflix’s ‘The Witcher’, produced by Lauren Schmidt Hissrich, nails it in every single aspect. After viewing all 8 episodes, it’s safe to say that ‘The Witcher’ is one of Netflix’s strongest debut series since ‘Stranger Things’ back in 2016. 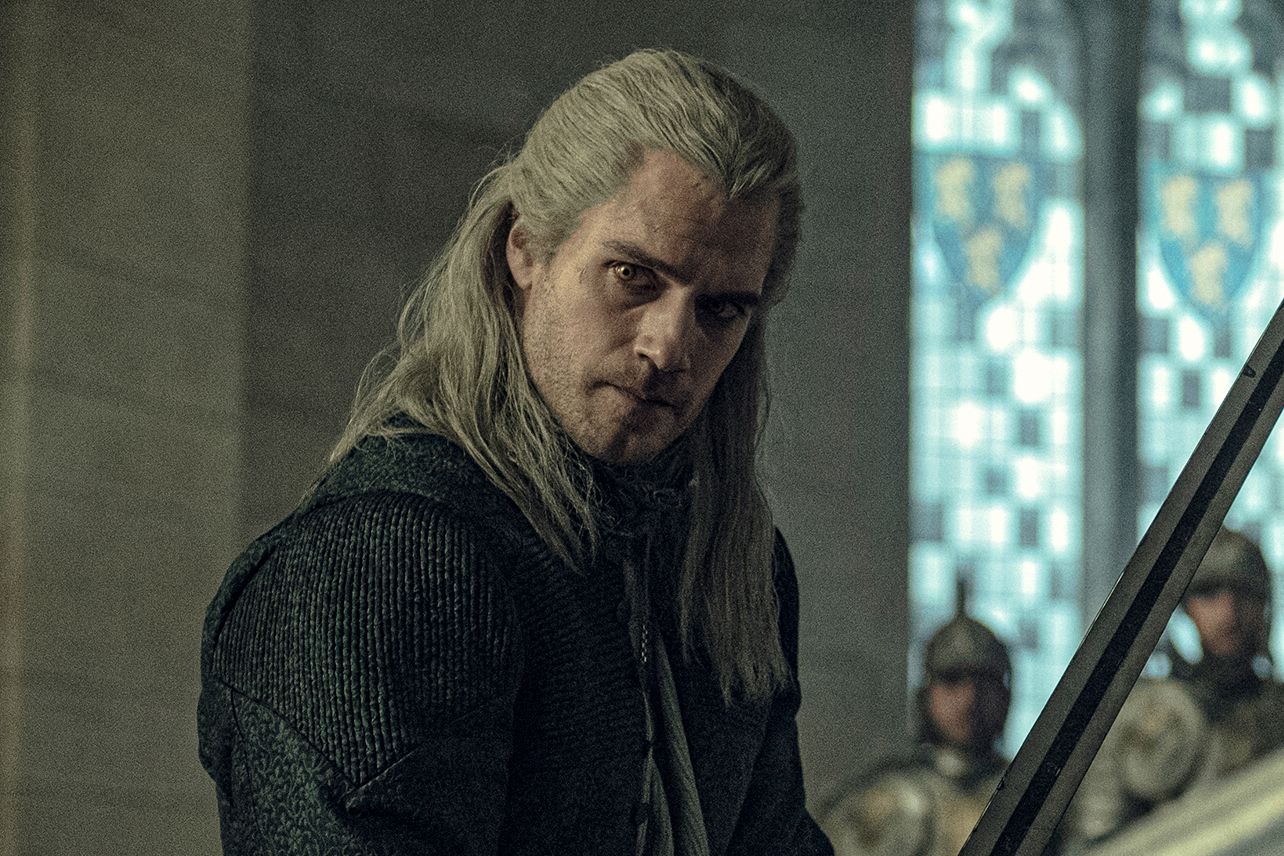 For those familiar with the games, you’ll know Geralt as a tough, mean mercenary with a deeply husked gravelly voice, but has his heart in the right direction. He knows evil is evil, and that if he has to choose between a lesser or a greater evil, he’d rather not choose at all (as mentioned in the book)

Cavill’s combat sequence as Geralt is almost like a dance routine, and this is exemplified in the last few moments of the first episode, where he single-handedly cut down 10 men in but a mere 20 seconds or less. 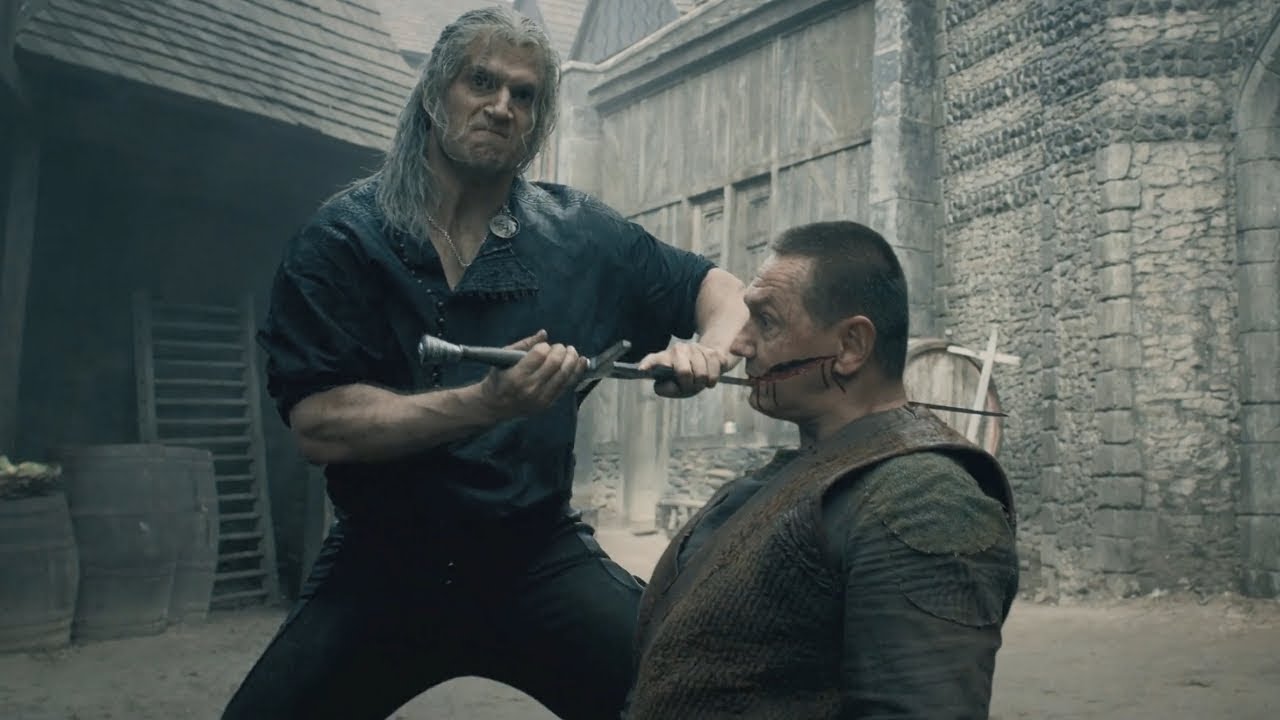 He’s not only good in fights however. Geralt is surprisingly excellent at investigating crime scenes and tolerating the whims of the infamous bard called Jaskier (Dandelion in the games) who quickly became a close friend with Geralt. Geralt’s interaction with the world is done so at his own behest, and it can be clearly seen in series.

That’s why Henry Cavill is perfect as Geralt of Rivia. From being the muscular superhero that we all know as Superman to being a tough and jaded but unimpeachably sweet and nice bounty hunter that is Geralt. How he manages to pull it off is just straight up sorcery. He even pulls off the nonchalant ‘Hmmm’ and ‘Fuck’ which Geralt usually does in the games. Henry Cavill was born to play Geralt and I could not have been more relieved to know that the future of the series will be safe with Henry on board. 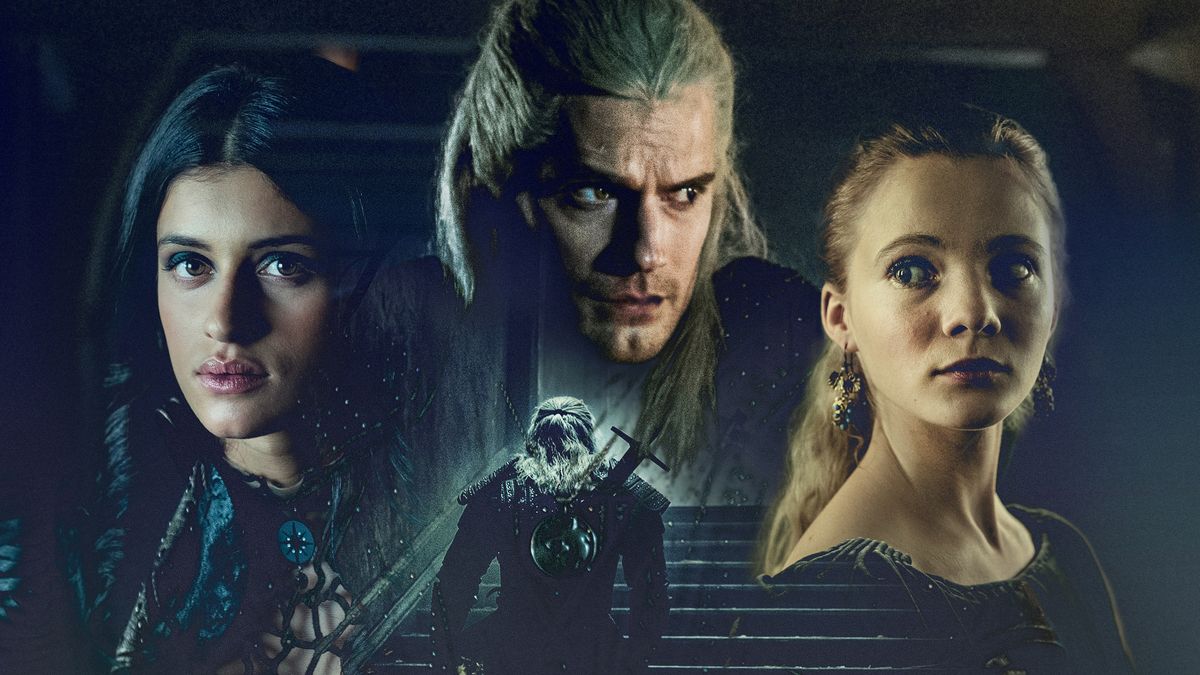 Other characters and world building

While Geralt might be the main character of the whole series, he can’t carry the whole show alone. The Witcher is an ensemble of characters that comprises of the whole major arc in the story and the world as well. Besides focusing on Geralt, the show also focuses deeply on Yennefer of Vengerberg (Anya Chalotra) and Cirillia Fiona Elen Riannon / Ciri (Freya Allen).

The whole series jumps around these three different characters, and in doing so, it establishes a much grander scale of things of the whole world and the whole conflict between Nilfgaard and the Northern Realms. 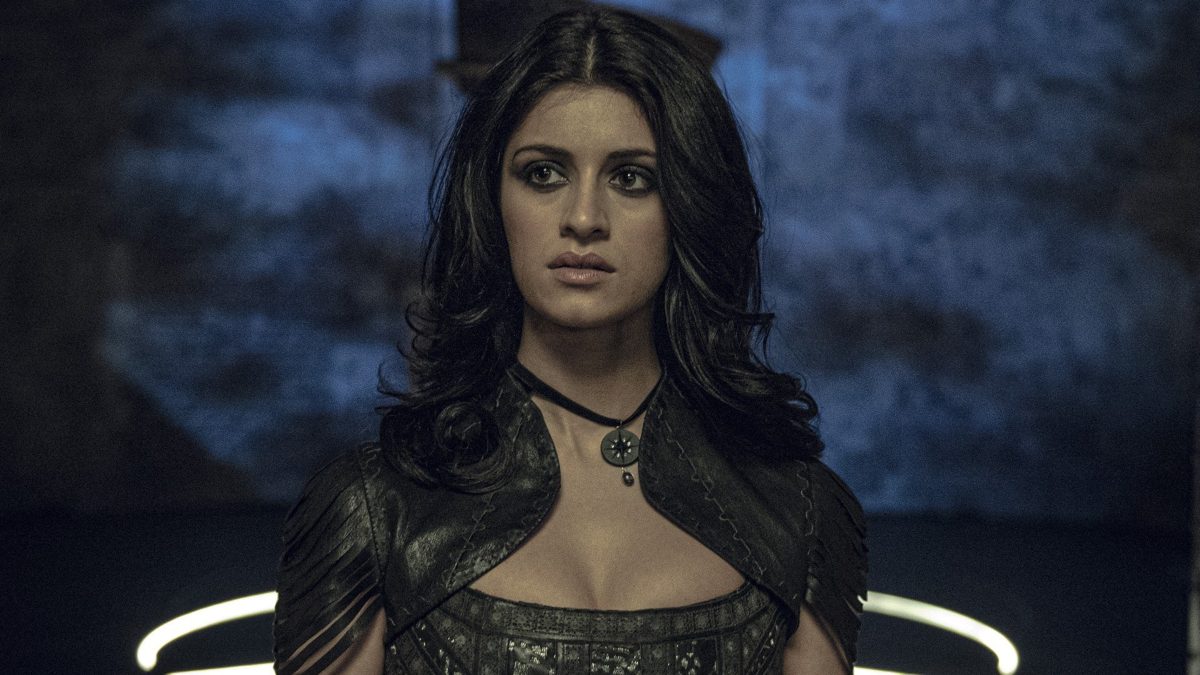 When the show jumps to Yennefer at first, you’d be surprised to see at how horrifyingly tragic her tale actually is. From being unwanted and thrown out into the pig pens at first, it’s definitely hard to watch such a fan favourite character enduring such hardships at first. However, these hardships are what makes the pay-off even more satisfying, because by the end, you’ll enjoy the feeling of how strong and confident Yennefer has become ever since her early days. 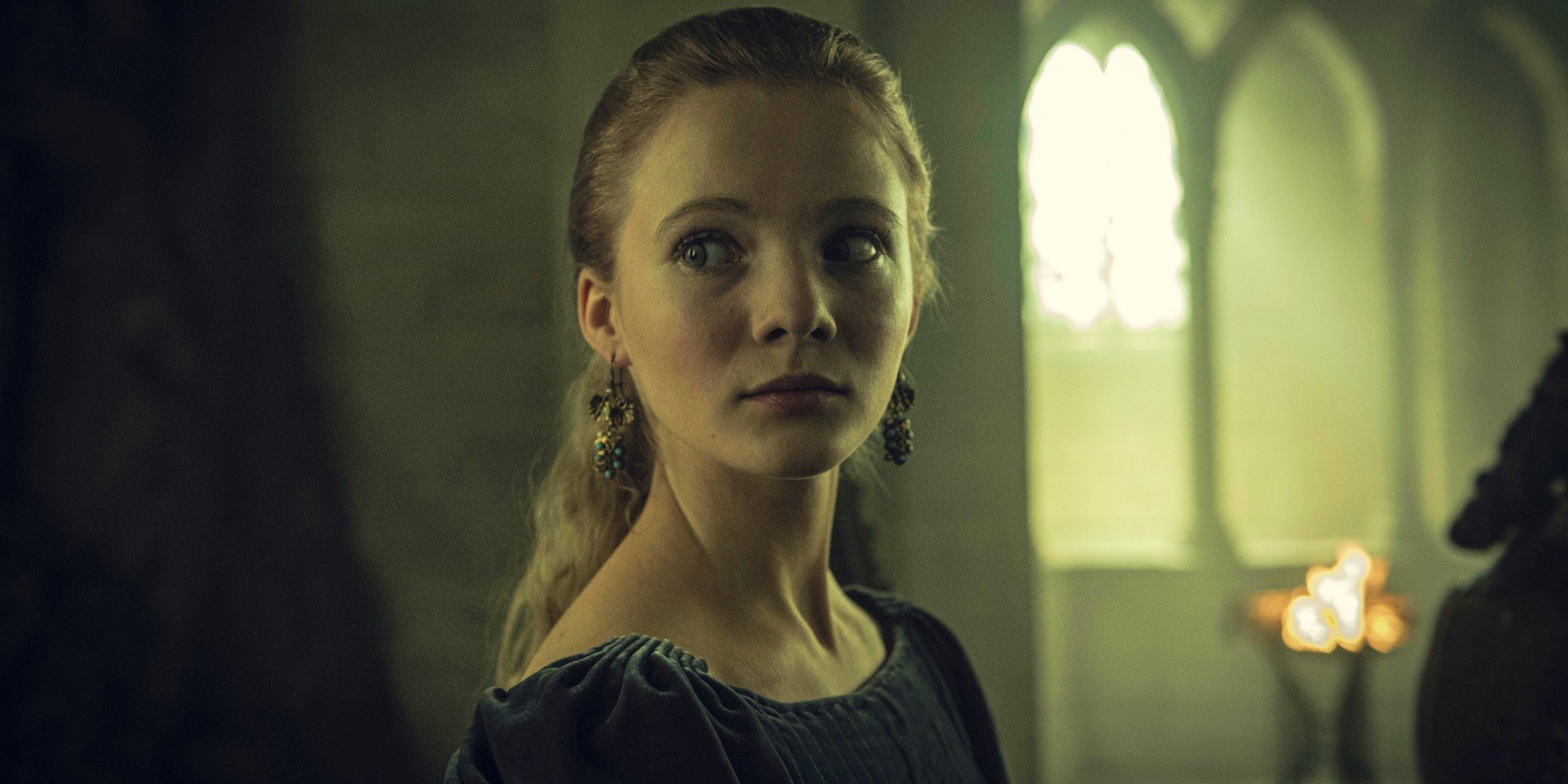 Cirilla, or Ciri, is another main character that the series focuses deeply on. Her role as the princess of Cintra (A nation in the Northern Realms) sees her potentially holding big hopes and power for the future of the world of the Witcher. While the first season doesn’t really give Ciri a major role yet, it is definitely obvious to see that she’ll bloom into the badass character that fans know and love from the books and the games. This is understandable though as the first season of the show heavily adapts on the collection of short stories from the first Witcher novel by Andrzej Sapkowsi cvalled ‘The Last Wish’. In the first book, Ciri hasn’t really played a huge role yet, so the show is staying true to the plotlines that the first book has laid out on. Freya Allen is definitely a talented actress, and I can’t wait to see more of her character in future seasons. 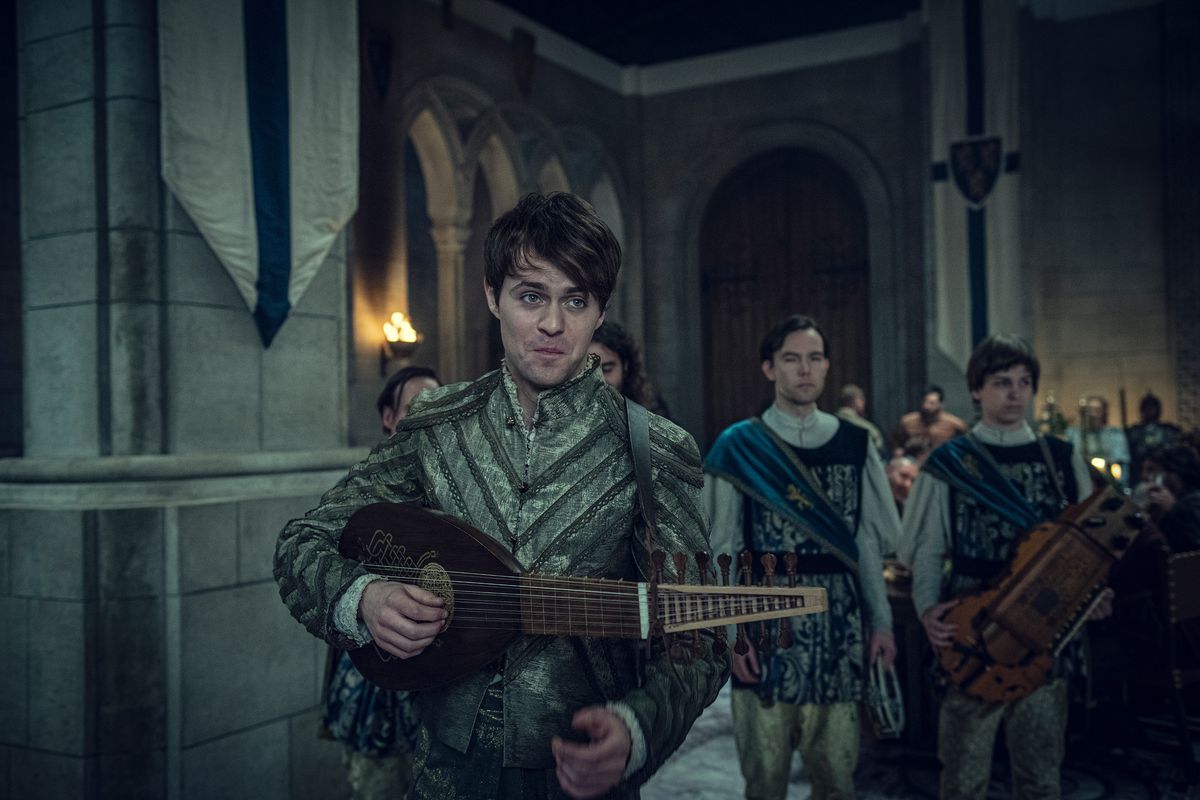 Other than Yennefer and Ciri, there are other supporting characters that amazingly played their part well to the bone. Jaskier (Joey Batey), for example, was the perfect friend and bard to Geralt. His annoyingly good singing and somewhat funny jokes were a perfect contrast to Geralt’s stern and straight to the point type of conversing. The tune “Toss a coin to the Witcher” has become a favourite song of mine, and I regularly catch myself humming to it even when I wasn’t thinking about ‘The Witcher’ at all. Queen Calanthe (Jodhi May) and King Eist Tuirseach (Björn Hlynur Haraldsson) played their roles perfectly as the Queen and King of Cintra and the grandmother and step-grandfather of Ciri. Mousesack (Adam Levy) was exceptional as the court mage and ruid of Cintra as well. He definitely was one of my favourite characters in the series besides Geralt. 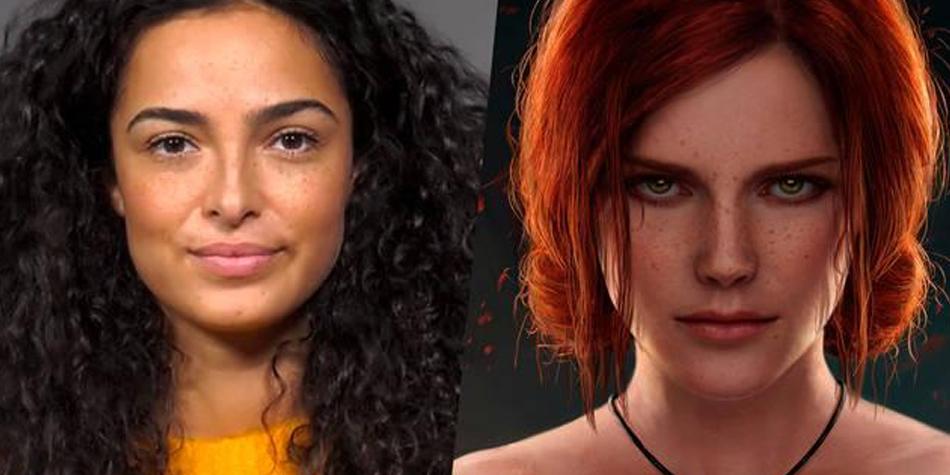 However, there some missteps about certain castings of the characters in my personal opinion. Two characters spring to mind, which is Triss Merigold (Anna Shaffer), the court mage for King Foltest and Fringilla Vigo (Mimi Ndiweni), a sorceress who was with Yennefer from the start but eventually joined the Nilfgaardian army. These two characters were huge miscasting, as not only the actresses playing them were of different colour than what the book and the games was, their overall writing was just weak and single-minded. It was plainly written in the book and the games on how Triss and Fringilla were supposed to be like, but the writers took upon themselves to turn them the opposite of what they were. I don’t mind if it ended up working, but it didn’t. Triss was especially muted as she didn’t do much throughout the first entire season. 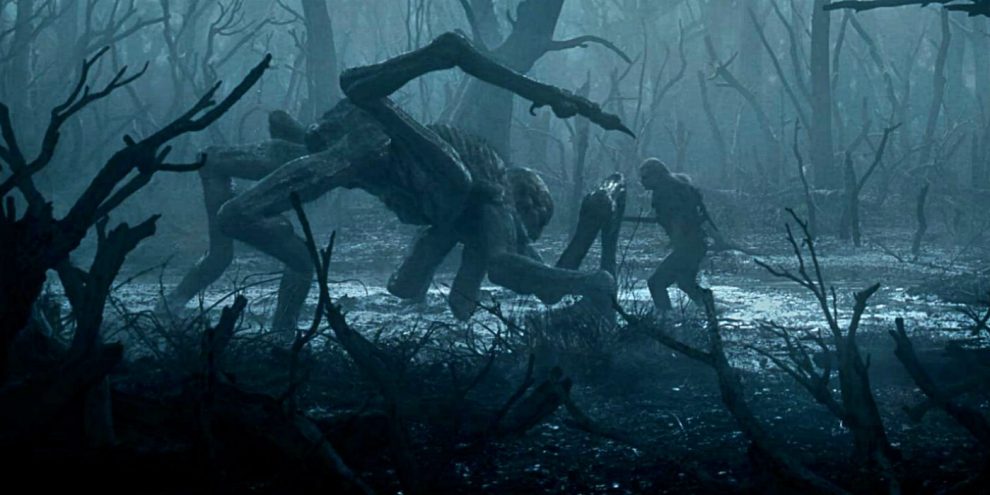 Apart from all the politics and love-making that Geralt does (which he does a lot), he spends the majority of time killing monsters and being a mercenary for hire.

The best scene that I’ve seen from the series is when Geralt is hunting down a Striga, a former human that was bewitched by someone so that they turn into a frightening monster. The whole fight scene was straight out of a horror movie. I was clenching my teeth and semi-closing my eyes, which I didn’t expect to do for a non-horror series. The slow tension that the scene built up to was nerve-wrecking, and the full introduction was horrifying. It really looked like a contorted horrible monster, but somehow still somewhat resembled a human being. 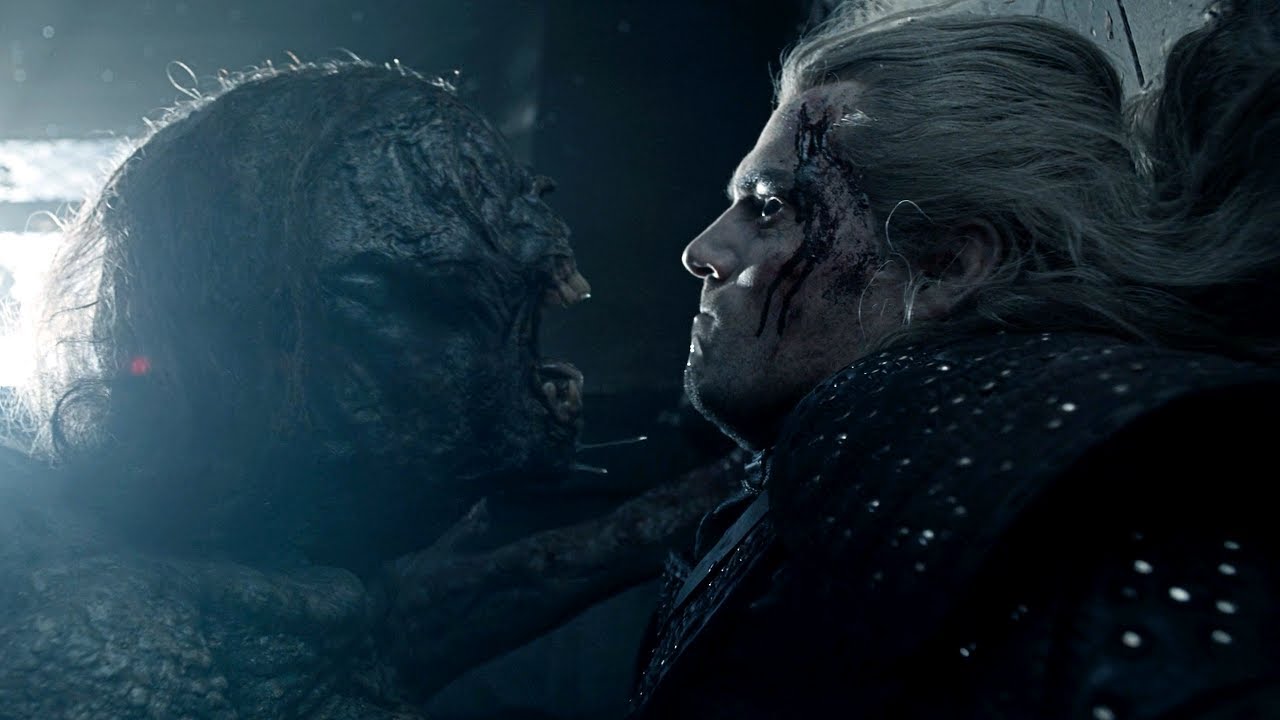 Geralt pinned down by a Striga

The quests that Geralt and his companions embark on resembles the sidequests that you might do in The Witcher 3. Hunting down dragons, fighting off an evil genie, and killing nasty beasts. These are all present in the series, the books, and the games as well. It’s good to see just how good the TV adapted these sort of things from the books and games.

Of course, it’s not perfect however. See, in order to fit an 8-episode series, they’d have to cut down or rush through some content that was explained in much more detailed in the novels. One particular moment was in the Brokilon Forest where Ciri met with Eithne (Josette Simon), the queen of the Dryads. Now, in the books, this scene was as quite a pivotal moment in the series, but the tv series turned into just a small segment that did not really expanded on the importance of the forest and why was it necessary for them to go there. 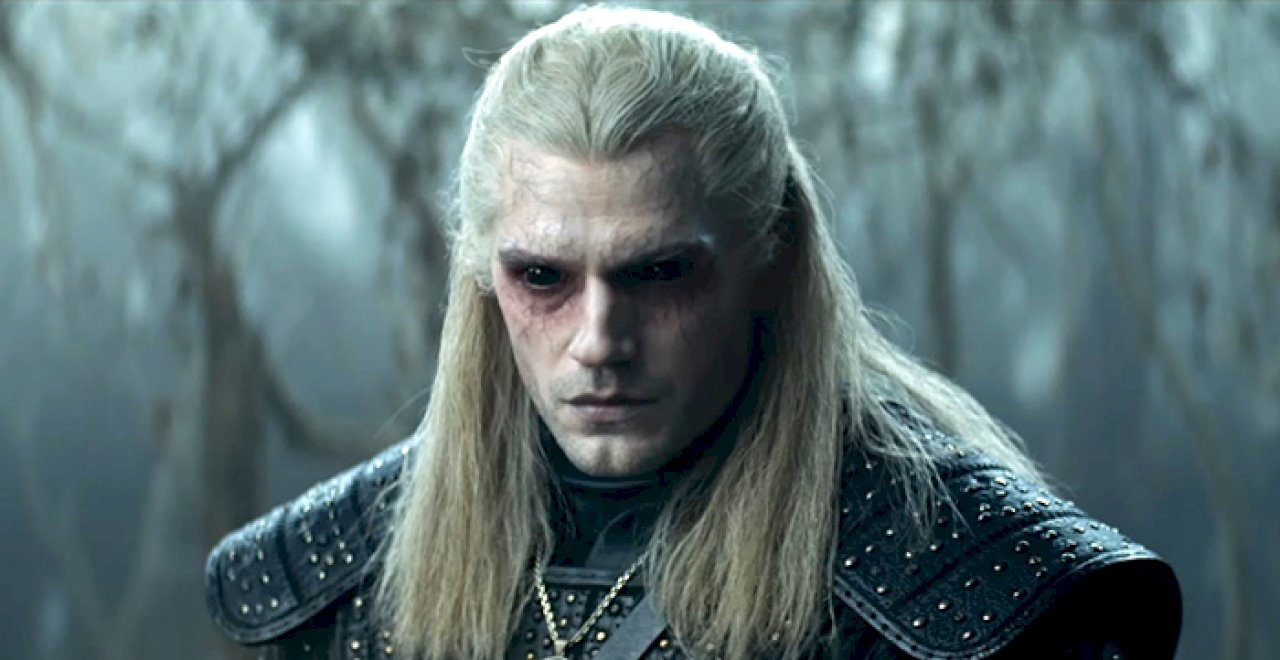 All in all, I thoroughly enjoyed the first season of ‘The Witcher’ in its entirety, even though they may be some things that could’ve been explained better, such as the whole time-skip and chronological order of the events in the episodes. Still, this was a really good foray into the bigger Witcher franchise, with the end episode of the series showing bigger things to come for the series.

If you want to check out more about ‘The Witcher’, check out the trailer for the first season here.